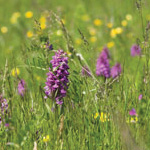 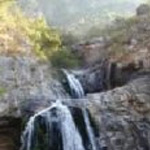 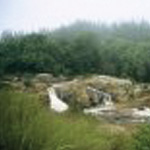 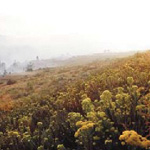 Wilderness areas are maintained mainly for their scientific importance as natural ecosystems largely untouched by modern progress, and because they are usually important catchment areas which deliver high quality water supplies to surrounding communities. The Wolkberg Wilderness Area fits this definition very accurately.  It is also a place which offers opportunities for physical and mental recreation - a chance to come to terms with nature.

However, only limited groups of hikers are allowed to visit the fringes of this magnificent 19 000 ha protected area, situated south west of Tzaneen, because it is very sensitive and fragile.  Parts of the area were inhabited by early black communities and white settlers, but the virtually inaccessible core wilderness area has remained untamed and unexplored.

The Mohlapitse River and its tributaries cut through the landscape dramatically over a period of several centuries, with the result that the wilderness area is characterised today by beautiful peaks, sheer cliffs, deep valleys and high waterfalls.  The river separates the Strydpoort Mountains from the Drakensberg Mountains.

The highest peak in the wilderness area is Serala (2050 m), which is situated on the edge of the escarpment.  Other spectacular peaks are Maake (1824m) and Mutagumetse (1825m).  The so-called Devils Knuckles, a row of quartzite cliffs that face north east for about 2 km, and then drop over a distance of 6 km to the west, form a striking feature of the reserve. Hiking groups can camp in a clearly defined area at the top of the plateau, and descend to the Mohlapitse River, where there are recommended places to overnight, before completing their journey down the river gorge which are equipped with only basic facilities.

Alternatively, there is a hiking route along a series of ridges to the spectacular Thabina Waterfall, and another easier walk from the Georges Valley end of the reserve towards Serala peak. Animal species sighted in the reserve include leopards, caracal, red jackal, samango monkey, bush pig, brown hyena, bushbuck and reedbuck.  About 150 bird species, including many birds of prey, have been identified in these mountains. Vehicles are not allowed beyond the designated camping areas, which have only basic facilities.