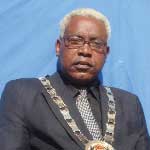 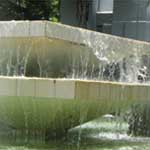 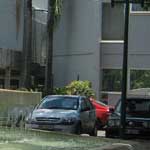 The Greater Tzaneen Municipality is a Category B Municipality, which operates on the Executive Committee System. The Municipality has been divided into 34 wards, (the 34th ward has been added by the Demarcation board in 2005 in preparation for Local government elections) each ward being represented by a Ward Councilor. There are also 33 Proportionately Representative Councilors. There are seven (7) full-time Councilors, who occupy the positions of Mayor, Speaker and Executive Committee Member and leading the various clusters.

The Greater Tzaneen Municipality comprises a land area of approximately 3240 km², and extends from Haenertsburg in the west, to Rubbervale in the east (85km), and just south of Modjadjiskloof in the north, to Trichardtsdal in the south (47km). The municipal boundaries form an irregular, inverted T-Shape, which results in certain developmental implications for the Municipality, and more specifically the distance to markets, difficulties in respect of service provision, and constraints to implementing development vision / strategy.

The Greater Tzaneen Municipality area encompasses the proclaimed towns of Tzaneen, Nkowankowa, Lenyenye, Letsitele and Haenertsburg. In addition, there are 125 rural villages, concentrated mainly in the south-east, and north-west, of the study area. Almost 80% of households reside in these rural villages.
The municipal area is further characterized by extensive and intensive farming activities (commercial timber, cash crops, tropical and citrus fruit production);
Mountainous, inaccessible terrain in the west and south, and un-even topography (gentle slopes) to the north and east;
Areas with exceptional natural beauty, with considerable untapped tourism potential.