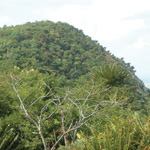 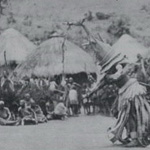 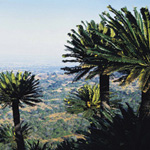 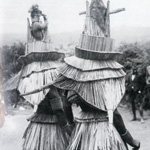 The original Rain Queen was a princess in Zimbabwe, who fled from her fathers wrath, after falling pregnant by her half brother.Her mother evidently helped her to steal her fathers rainmaking medicine and she travelled south with a group of followers.

Eventually settling in the mountains of the cycad forest. Here Modjadji practised her rainmaking and her influence began to spread.  It was thought, at first, that she was immortal, but with time the system of succession to the throne emerged from the mysterious history of the tribe.

Each queen trained her successor in the rainmaking rituals, and then disappeared by drinking poison.

Fortunately, this does not happen in this modern day and age. It is also customary for a piece of the late queens skin to be added to the rainmaking medicine, in order to safeguard the powers of the new Modjadji.

April 2003 saw the inauguration of the sixth ruler of the Balobedu people, Rain Queen Modjadji V1, who succeeded her grandmother, Rain Queen Mokope Modjadji V, is said to be the first queen to be educated in the history of this mystical royal family.

She will reign over more than 1-million people in conjunction with the other indunas from the 135 villages.  Today the queen lives the same secluded life as was practised by her predecessor.

Visiting this area one, unfortunately, does not get the chance to meet the queen as she does not have contact with people other than her attendants.

To visit the land of the Rain Queen, see the infopage on the Modjadji Nature Reserve for more information about this spectacular reserve, the only one of its kind in the world.