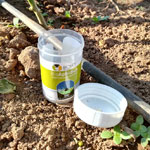 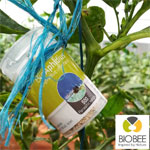 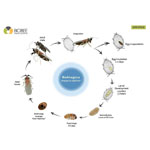 BioBee has been leading the way in the biological revolution, researching Mother Nature’s very own solutions to pests and disease. Biological pest control, or using living organisms to reduce populations of noxious plants and pests, may be our best answer to growing enough safe and healthy fruits and vegetables.

BioBee’s biological control solutions assist South African farmers in growing quality fruits, vegetables and flowers that are free of chemical residues. BioBee’s products, which reduce the use of pesticides for both conventional and bio-organic agriculture, are an indispensable element of successful Integrated Pest Management program (IPM).

The South African market, encompassing varied crops such as citrus fruits, grapes, vegetables and flowers, is ideally suited to benefit from BioBee’s Integrated Crop Solutions. Implementing BioBee’s programs allows growers to obtain a higher crop yield and quality, and in turn increases profit. More substantially, BioBee’s products significantly reduce the use of pesticides, creating opportunity for exportation to countries that adhere to Global GAP and Supermarket MRLs requirements on both local and export markets.

BioBee’s South Africa offices were opened for commercial activity at the end of several years of extensive field trials for the control of mealybugs in citrus and grape farms in the Western and Eastern Cape. The trials were conducted in conjunction with the Citrus Research International (CRI) and BioBee’s local distributor at the time. A critical result of these trials was the discovery that the parasitic wasp BioAnagyrus (Anagyrus pseudococci) is highly valuable as a mealybugs control agent in South Africa, reducing infestation levels of both the citrus mealybug (Planococcus citri) and vine mealybug (Planococcus ficus). It also increases the percentage of exportable yields of both citrus fruits and grapes. BioAnagyrus is one of several components of the comprehensive IPM solution that BioBee offers South African growers.